The necessity of paying homage to our ancestors should be our everyday duty. Especially during the recent propaganda attacks against Poland. This slander attributes collaboration with Nazi Germany and at the same time tries to strip country’s history of martyrdom. Both during second world war and after its end.

One of the best opportunities to bring this cruel period of the Polish nation closer is to show the memories of our ancestors. They can become a counterbalance for numerous false accusations against Poland.

One of the most interesting memories were written by Andrzej Janicki alias Żuliński. He was born on August 30, 1920 in Warsaw. During the German occupation he served in the underground structures of the National Armed Forces and in their ranks fought during the Warsaw Uprising in the Downtown. In his memories he referred not only to the fight during the uprising, but also to the reality of occupation. Describing the underground activity of national circles, he wrote:

Because O.N.R. was a secret organization even before the war, it was much more difficult for Germany to penetrate its structures after it transformed into a military organization. Moreover its members already had pre-war experience in the underground. Hence, there were fewer mishaps than in other secret organizations. Once the Germans even had the leader of the „Lizard Association” in their grasp, but they did not realize who he was and they let him go.

Janicki also referred to the issue of the Jewish community in Poland. He wrote: There were Poles who liked Jews and those who did not like them. Each national minority (and there were 3 and a half million Jews in Poland before the war) presents various cultural, political, economic and religious problems for the country of residence. The same applies to the Jews in Poland and I have heard many different opinions on the matter but I have not heard of anyone who even for a split second thought of the inhuman „Nazi solution”. How many Poles were killed hiding Jews? Even many of those who considered themselves „anti-Semites”, which was an attitude of dislike but not hatred and had very little to do with the concept of „racism” that is popular today. Poles, in addition to attempts to help Jews, wherever it was possible prepared for an armed uprising against Germany. These preparations were often at high risk. As Andrzej Janicki described: Two AK members carried a basket of grenades in broad daylight, covered innocently with a layer of potatoes. Across the street, as usual in such situations, there was an armed support. Two gendarmes stop a pair carrying the basket and ask: „What’s in the basket?” “Potatoes” – they hear in response. The gendarme leans over, reveals potatoes by hand and sees grenades. He is raising his head triumphantly, but then the pistol barrel slides under his nose. After the second of hesitation „Ja, Janur kartoffeln” he mumbled with difficulty… At the same time the second gendarme noticed that two pedestrians across the street suddenly stopped… they both put their right hands in their pants pockets and observe the course of events with extraordinary interest. As if nothing had happened, both gendarmes as well as our men went their own separate ways proceeding very slowly. Our support observed that the gendarme who looked into the basket at the wrong time, took off his helmet and wiped his sweaty forehead with a handkerchief.

Referring to the fighting during the uprising, the author of the memories drew attention to his own tasks. Being assigned to capture and eliminate so-called pigeons, he described one of such events. Once, people called us, saying: „There is a guy wandering around that doesn’t want to show his documents.” I asked him where is his “Ausweis”. He answered:  “I forgot and left it at home” Then I replied: “You could have forgotten pants rather than documents. Come with me”. Germans usually shot on the spot for lack of documents. So I took him to the post of our insurgent gendarmerie, whose commandant almost threw himself on my neck: “I was searching for him since the beginning of the uprising. He is an owner of the restaurant, an Ukrainian who has dozens of people on his conscience”. In the period when we are forced to limit our professional and physical activity, let’s use this time to read the memories of our ancestors who were witnesses of the German occupation in Poland and can effectively oppose the attempt to create a new version of history. 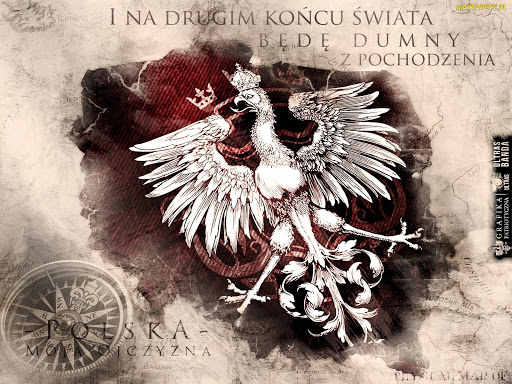